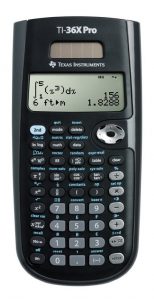 Advanced, four-line TI-36X Pro scientific calculator, with higher-level math and science functionality, is ideal for computer science and engineering courses in which graphing technology may not be permitted.

Ideal for students at every level, from junior high school algebra to college calculus, the Texas Instruments TI-36X Pro calculator packs a lot of punch in a small, inexpensive unit. This solar-powered calculator combines features for statistical analysis, Boolean logic operations, and unit conversions in one sleek package.

The TI-36X Pro calculator single-line LCD is a little difficult to read when the unit is lying on a desk, and users in need of graphing functions will have to look elsewhere. Overall, however, for a calculator in this price range, the TI36X provides enough power for most high-level math and science needs.

Compare results and explore patterns on-screen with the MultiView display, which supports up to four lines.

See math exactly as it appears in textbooks

See math expressions, symbols and stacked fractions exactly the way they appear in textbooks, no need to adapt to a technical syntax; also provides quick access to frequently used functions.

Students can easily explore an (x,y) table of values for a given function, automatically or by entering specific x values.

User: person
User Rating: ★★★★★
I bought it used. The case has some flaws but I do not mind. It is just the case. The calculator itself is shiny and like brand new. It functions well and the buttons are easy to press.

User: Richard from Wakefield, RI
User Rating: ★★★★
Generally speaking it's a great calculator. If I had to improve upon it I would probably change the color of the 6 chrome plated keys on the right side . Just difficult seeing the functions on the keys with the glare from the chrome color. Something to get used to I guess. Also, when the time comes to change the battery there is a neat video on UTUBE for doing just that. This calculator has all the functions for soving statistics, and advanced mathmatics/engineering problems. It is not a graphing calculator though. But the price is reasonable.

User: Wilmer Palomino
User Rating: ★★★★★
Great scientific calculator, my professor wouldnt allow any graphing calculators to be used on the exams, and this is the next best thing. It even calculates Vectors... it truly helped me get a B in Statics.

User: alexsmom
User Rating: ★★★★
My son was using TI-36x Pro Calculator in 6th and most of 7th grade. He lost it right before the math state test. I purchased the TI-36X for him and he loves this one as much as the TI-34. As far as I can see the TI-36x does eveything the TI-34 plus more.

User: KELLY J JAWORSKI
User Rating: ★★★★★
Loved the calculator but when I showed up to take a Certified Quality Engineer test I was denied using it. I think there was some ignorance of the proctors understanding of the calculator features. I was supposed to be allowed using it if the memory wasn't programmable and no graphing which I didn't think this calculator had. Very disappointed and it rattled me. No worries, it still passed but I wish the proctors would get a list and wish ASQ would provide one.

User: Gus
User Rating: ★★★★
outstanding scientific calculators. If u have limitations on your need for one. This passes most tests and is allowed in a lot of settings. It is outstanding. Not to hard to learn and has a similar usage structure to the ti-81-89

User: Ethan
User Rating: ★★★★
Awesome calculator, but when I bought it in middle school many teachers will not let you use it because it automatically rationalizes fractions and square roots.

User: Kathy P.
User Rating: ★★★★★
Good calculator. Both my daughters needed scientific calculators. We bought this one as well as another brand. A day later we returned and purchased a second TI-36X pro calculator. We are all pleased

User: Eva
User Rating: ★★★★★
Wow the best all around scientific calculator. Great for the FE. It can do a ton of stuff from binomial distribution to dot products for matrix.

User: Lisa A.
User Rating: ★★★★★
TI-36X Pro Calculator. Excellent calculator! As a math teacher who has taught 6th-12th grades, this is by far the best, most economical scientific calculator for anything from middle school pre-algebra type classes to calculus! It's not a graphing calculator, but it does a LOT! 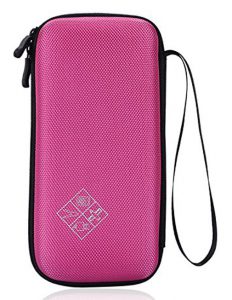 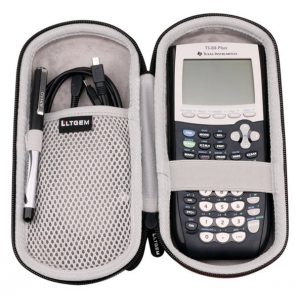 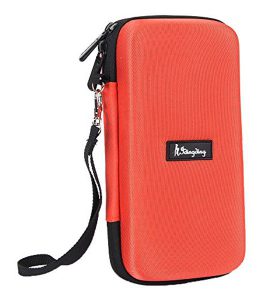 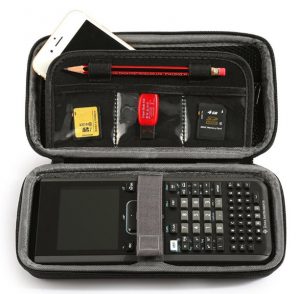 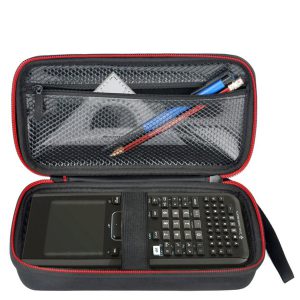 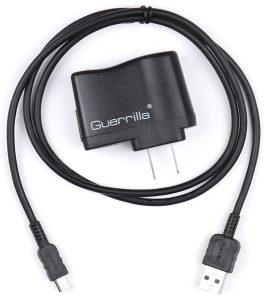